The Thripp Republic is a new micronation founded by Richard X. Thripp on Jan. 3, 2011 in Daytona Beach, Florida with its own constitution and currency (the Thripp Dollar). In the future, there will be a Senate, Supreme Court, citizenship applications and benefits, free markets, and other fun yet serious things.

The Thripp Dollar is backprinted on 4×6 prints of artistic photographs by Richard X. Thripp. Currently, over 8000 one dollar notes have been printed and are generally distributed by Richard X. Thripp himself to students and faculty at Daytona State College.

For more information, please visit the website I have set up at gov.thripp.com.

Most people abandon their new year’s resolutions before February, not because the resolutions are impossible, but because it’s easier to maintain the status quo. Resolutions are appealing in theory and execution, but usually require sacrifice in practice.

The key is to either be committed, or set extremely vague resolutions like “be more forgiving” or “exercise more.” Resolutions like “lose 30 pounds” or “stop smoking” are much harder to fulfill.

In 2011, I am going to finish my A.A. degree, travel to China and California for three months with my Mom, and start on my B.S. in the fall. I’m going to start a micronation called the Thripp Republic and print Thripp Dollars on the back of 4×6 photos (I have nearly 10,000 already). I am going to be a math tutor at Daytona State College and I am investing most of my money in precious metals, common metals, and material goods, because the U.S. dollar is going to suffer massive inflation (possibly 30%) next year. I plan to learn the guitar, viola, and saxophone, code and release Tweet This 1.9 and 2.0, and work on creating photos that are as well-received as my 2006-2008 portfolio by breaking the rules and using more Photoshop.

I also want to release a sequel to Inferno and sell off all my web domains except about 40 personal domains.

I plan to do a great deal of writing in 2011, but I don’t plan to find a girlfriend or start a photography business, since I will be doing a lot of traveling and don’t want to be tied down. However, I will be doing a lot of networking and meeting many new friends in Florida, California, and China. I plan to create a social network around the Thripp Dollar, so I need to learn the Facebook Application Platform and write my own application. I already have the MySQL and PHP backend done, but nothing on the frontend.

Before I leave in May, I want to start learning Mandarin Chinese. My Mom is Chinese so she can help me.

I am going to continue living with my parents (Dad and step-mom) and driving my Dad’s vehicle throughout 2011, because my income is still very low (under $1000 per month). I would like to make more, but it isn’t a priority.

Even though I am overweight (170 lb. at 5’9″), I’ve decided not to go on a special diet, but I will avoid gaining more weight. As with the past 17 months, I’m going to continue being a vegetarian except fish, and I’m considering a 30-day trial in veganism. Here’s a picture of me playing the violin from this week, but I got a haircut since then: 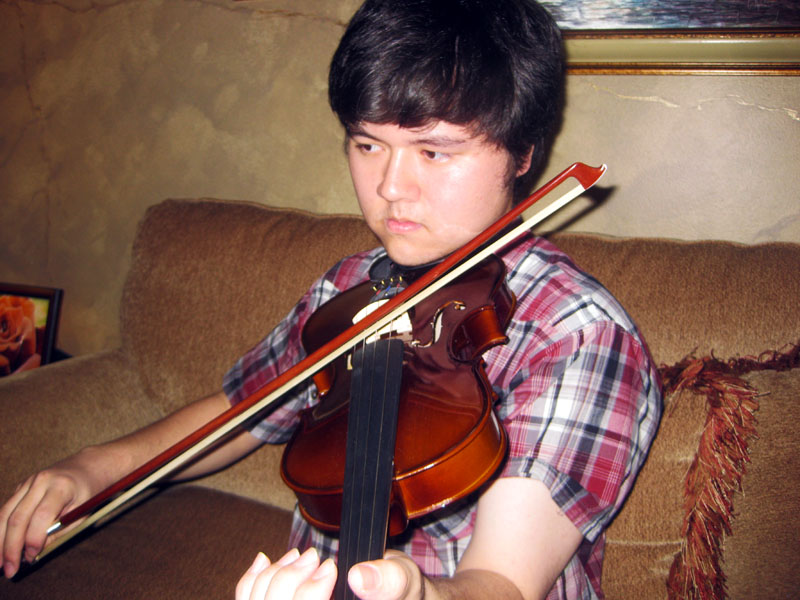 This is the flag I’ve designed for the Thripp Republic: 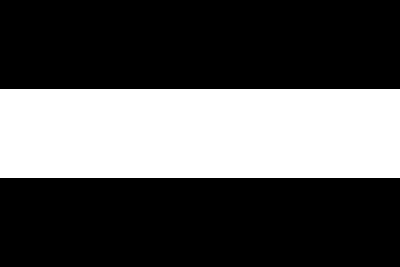 This flag is really wonderful, because it can be printed on a monochrome laser printer or drawn with a Sharpie. It is also unique, because I could not find any other country using a black-white-black tricolor flag.